Check out the latest video: https://youtu.be/LEJ-ImLIMhg

sponsored by AMAZING
I headed down to Pattaya from Bangkok for a long weekend in February to meet with some friends and just catch up.
To get there I too the Pattaya to Bangkok bus from the “Main” Bus Terminal in Bangkok right on Sukhumvit Road and Ekkamai (BTS).
In about 2 to 2.5 hours, it gets you to the bus station on Pattaya North Road. Just across the street from the Makro in Pattaya.
From there its and easy songthaew (Thai: สองแถว, meaning literally. “two rows”, RTGS: songthaeo, pronounced [sɔ̌ːŋ. tʰɛ̌w] or as most of us farang call them in Pattaya a “Baht Bus”, ride down to the Dolphin round-about. From there, you hop on the next Baht Bus route which runs from north to south along Beach Road in Pattaya (another 10 baht) BUT, today, and since my life is FAR from on a schedule and I have an enormous amount of free time, I decided to just walk. Even with a backpack and one piece of roller luggage at about 11am, on a sunny day in south east Asia, the heat was Very tolerable for me.
But, as most of you know, I “retired” to Thailand because I adore the weather! …as well as a number of other items that I have been referencing along the way.

See the Playlist where I’m keeping track of “Why Thailand:

** This was originally the live stream that I did, from my phone, using the StreamLabs Open Broadcast Studio or SLOBS app. Like several of my live broadcasts lately it was more of a test than anything else. I discovered that while this worked out “ok” and the quality was actually pretty decent as Live Streams go, for some reason about 6 minutes in, the first stream stopped and started a new live stream. In doing so, it essentially generates a new stream and thus a new video (file). I decided to combine the 2 videos and edit them down and add a few video links that I reference as it relates to Terminal 21, and other Thai vloggers. Like this one of Kev In Thailand and his VLOG on the Grand Opening of Terminal 21:

and a few others on Terminal 21 mall:
(Terminal 21 Food court) https://youtu.be/mA4dZpq7wmM

Hope you enjoy and as always, Thanks for Watching!!! Live the Dream!
~mikes

Check out the latest video: https://youtu.be/y9fq1pKh_5c

sponsored by AMAZING
One of the topics that I discuss on my channel from time to time (with Gratitude usually being the most common) is Contrast.
The contrast between MY experience lately in Thailand vs some of the reports and opinions of other foreigners, both on and off YouTube. From those who are YouTubers and those who are not. From those who write blog posts and those who do not. From those who have podcasts vs. those who do not….
I am going to share MY experience as its relates to the discussion around “Thailand Does Not Want Foreigners Here”. Well, that may very well have been and continue to be YOUR experience BUT, that has NOT been MY experience.
Comment on what your experience has been. BUT making statements with no foundational backing of actual personal experience is why there is the term “hearsay” in the legal profession. And, evidence, produced that can be labeled as “hearsay” has infinitely LESS integrity than that which is REAL. Feel free to share you experiences. Be them good or bad. Quoting snippets from a book that you didn’t even completely read or taking a statement out of context, simply to prove your clear confirmation bias is NOT actual experience and thus not really cause for debate.
I invite you to share some of your Experiences as I really do want to have an educated discussion around this topic.
Finally, if all you are going to do is complain about how bad it is here in Thailand then either Suck it Up or leave. With a constant attitude of negativity I can see why you might get the impression that the entire country of Thailand does not want your here. You are (consciously or not, intentionally or not) pushing people away with your ugly behavior.
Go to the next country, behave the same way, then, share YOUR experiences there and I would bet that you feel persecuted and think its everyone around you that is wrong and they are all trying to kick you out. Well, they probably are.. and for good reason.
You’re unwanted… and its all your fault.

I have empathy for you but no sympathy. Bottom line, if {insert current country name here} doesn’t want you in it, its probably for good reason and perhaps your SHOULD leave… I know your negativity is distracting ME from Living the Dream. and THAT is what I am here (no matter Where HERE is) to do.
Live the Dream. If you’re not, YOU Are Doing it Wrong… not me… not “them”.
Best of Luck.
~mikes

Check out the latest video: https://youtu.be/WRuJP9Bcq1M

sponsored by AMAZING
Multistreaming with https://restream.io/?ref=WXLyQ

Check out the latest video: https://youtu.be/N0sqzOdukeA

sponsored by AMAZING
Multistreaming with https://restream.io/?ref=WXLyQ

Check out the latest video: https://youtu.be/RKWWINoIjZk

sponsored by AMAZING
In a previous Video ( link here: https://youtu.be/kE6kUrBHX6Y ) I checked out Chatuchak Park; for the first time actually. Indeed it was a treat.
And as I was walking around, the guy, likely in his 20’s or 30’s was feeding the squirrels. Now, for sure, saying “I saw some guy in {the park} feeding the squirrels” (or birds, or fish or ducks.. maybe) isn’t completely odd. BUT, what I noticed was that FOR ME, since having moved to Thailand *as well as* having changing my life/lifestyle (i.e. I don’t have the standard “full-time job” or “9 to 5” as many people will call it) I find myself a LOT more open to “stopping to smell the roses”. I think Thailand in general is a catalyst for that.
Now, I suppose you could respond to this with, “Well, DUH, mikes” if we were still living at the beach in Cha-Am and my “walk to work” involved walking 1 block to the beach to do for a walk along the beach to walk a video. BUT I’m up here in Bangkok. Where we’ve been for about 6 weeks. In fact, as of this video, I will have been here about 50 days.
We are now in our “permanent” location in Bangkok. Meaning: we have a 1 year lease on a Condo and have fully unpacked. While we will still travel quite a bit throughout Thailand, the Philippines, Singapore, and Vietnam, we now have a “base of operations” and can plan or Not Plan to do anything. I’m reeeeeeally loving my life today AND its not costing me a ton of money. While the whole “retire in Thailand on $1000/month” was NEVER one of my goals I’m living VERY comfortably for about $2000/month.
And, compared to the Very Upper Middle Class neighborhoods I have been blessed to live in in my life in America, I can definitely say that for $3000/month I could indeed live like “a King” here in Thailand. Again, like everything, its relative… my Kingdom likely differs from yours. And I’m more than happy to live like a second Prince – so far it just gives me One More Reason for: WHY THAILAND!!!!?? Cuz it provides me with an environment that seems to act as a catalyst for Stopping and Smelling the Roses.
And I love that.
Thanks for watching!
Live the Dream!
~mikes

Check out the latest video: https://youtu.be/kE6kUrBHX6Y

sponsored by AMAZING
After a successful TM47 (90 day reporting) expereience at Thai Immigration Chaeng Wattana, I decided that rather than simply jump back on the bus to the BTS and immediately head back home, I thought I should take advantage of the fact that I am essentially on permanent vacation or “retired” as some people might refer to it. I hardly feel like i’m retired. I just feel like I’m finally able to CHOOSE what I’m doing with my life to earn money and pay for my life vs. HAVING to *work* at a job, that I may in fact enjoy BUT simply to pay for my monthly expenses – a scenario all too common in the US and much of the world quite frankly.
I’m know truly taking advantage of my blessings, and let’s be clear, my decades of hard work that some years involved working (stupidly, I might ad) 60, 70 and 80 hours per week… making WORK *the* most important thing in my life.
It was a valuable learning experience but UGH… well, lets just say, I’m glad I learned FROM it and am not doing that now…
SO, as part of this real freedom, I’m taking a bit of a walk through Chatuchak Park which is right next to the BTS Mo Chit station *before* hopping back on the BTS and heading home.
…Its time to STOP and Smell the Roses! at the Park.

Here is the website for the Chatuchak Weekend Market that is indeed very well know and has a TON of shops and plenty of great deals!!! https://www.chatuchakmarket.org/
As well as a good Wikipedia summary of the Chatuchak Market:
https://en.wikipedia.org/wiki/Chatuchak_Weekend_Market

If you would like some more information on the park it, here’s a link to the Wikipedia Article on Chatuchak Park:
https://en.wikipedia.org/wiki/Chatuchak_Park
as well as some info from the Market website:

Thanks for watching and following the journey!
Live the Dream!
~mikes

Check out the latest video: https://youtu.be/XIr2FwS48SY

sponsored by AMAZING
After a LOT of questions from a bunch of you I wanted to introduce an idea I had for “getting over here”. I’m calling it “THAILAND 101”
— Stay Tuned For More —
Thanks a TON to all the folks who watched, interacted and commented on Periscope and Facebook as well as here on YouTube.
I’m HONORED to have chatted with you all.
Looking forward to many more.

**special thanks to: Multistreaming with https://restream.io/ **

Aloha! How you doin? 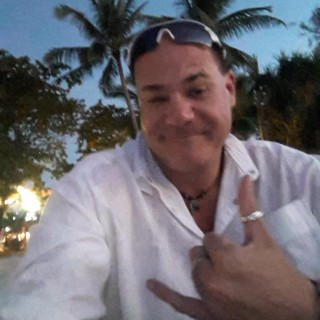